For over 45 years, Evangelist Reinhard Bonnke and Evangelist Daniel Kolenda have been conducting crusades world-wide. Here, you can read detailed accounts of each CfaN crusade! You will see people coming to Christ by the millions! You can experience first-hand reports and testimonies from Evangelist Daniel Kolenda and Christ for all Nations Crusade Team! Witness what the Lord is doing around the world, and be encouraged to believe Him for the miracle you need in your life today! 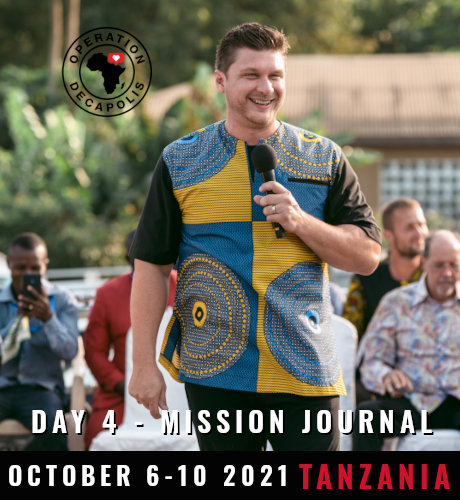 I've just returned from preaching not one but two crusades tonight, in two different parts of Dar es Salaam, Tanzania. The first was in an area known as Kigamboni, where Evangelists Randy Roberts and Joe Turnbull are stationed. The second was in a place called Mbagala, where Evangelists Robert Enge and Dr. Roselyne Ayeola are stationed. These are two of six CfaN crusades ongoing this week in Dar es Salaam SIMULTANEOUSLY! In each Crusade, the Gospel is being preached. In each Crusade, multitudes are being saved. In each Crusade, tonight, the Holy Spirit fell as each evangelist prayed for the Baptism in the Holy Spirit! 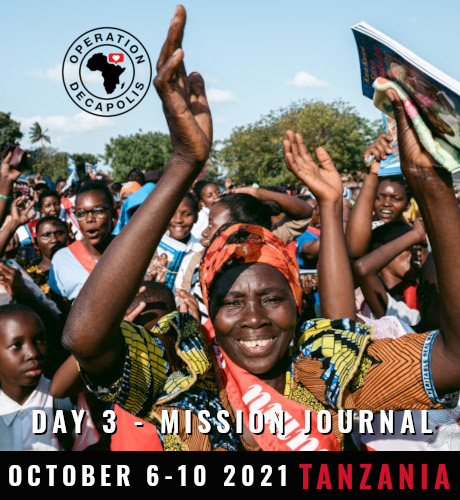 I wish that you could see with your own eyes what is happening here in Dar es Salaam. It is absolutely astonishing and supernatural. I honestly do not have the words to adequately describe it. There is truly a MOVEMENT of evangelism and harvest taking place. 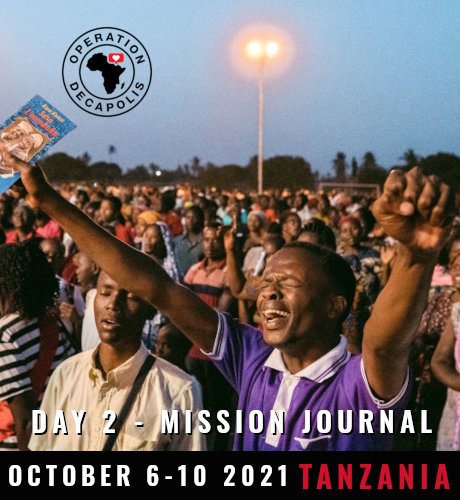 Tonight I preached in the second of six cities where CfaN crusades are ongoing simultaneously this week. The area, known as Gongo La Mboto, is where Evangelists Daniel Garcia and Lukas Repert are stationed (both graduates of the CfaN Evangelism Bootcamp). After I preached the Gospel, they ministered to the sick. Many amazing miracles happened, but especially many cripples were healed. 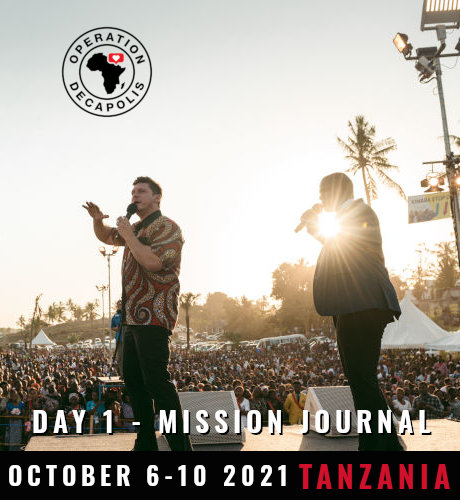 Our third "Operation Decapolis" Campaign began here in Dar es Salaam, Tanzania, tonight. Over the next 5 nights, we will be conducting 6 simultaneous crusades in 6 different areas of the city. Dar es Salaam is the largest city in Tanzania, very densely populated and very spread out. Traveling from one side of the city to the other can take many hours. This means that a crusade in one part of the city would be unreachable for the rest of the population living in other areas. The solution the Lord has given us to this (and many other problems) is to hold these multiple simultaneous crusades, which together will allow us to reach almost the entire population! 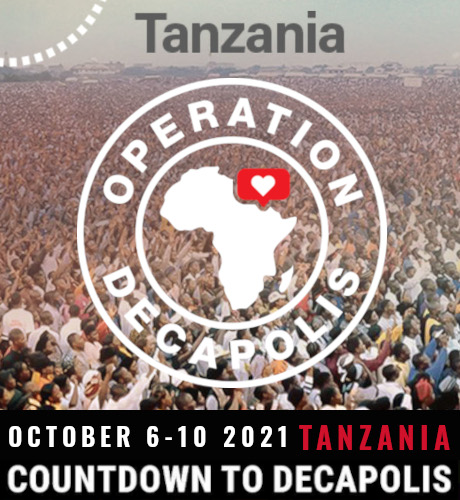 It feels like we’ve only just shaken the dust from our shoes from the last Operation Decapolis in June, and already we’re just days away from the next one. This time, we will be holding six campaigns simultaneously, another level up for our teams. Our previous record was in June, when we held five campaigns at the same time in five different cities in Tanzania.