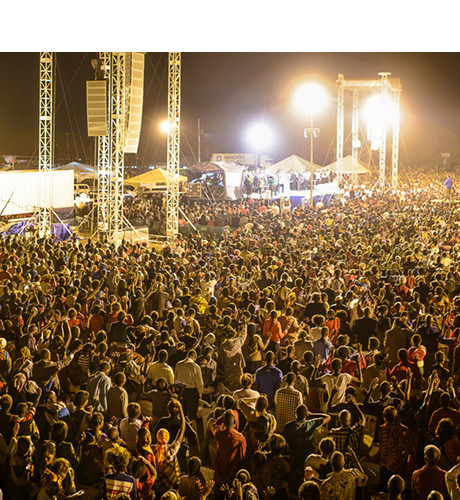 Tonight the crowd grew to 120,000! Needless to say, the pastors are on “cloud 9.” They’ve never seen meetings like these before. One pastor approached me after I preached tonight and said, “I realize that we have neglected the gift of the evangelist.” He told me that they've honored the bishops and apostles, but he said, “we need evangelists!” He believes God will use this crusade to raise up a new generation of evangelists and I agree with Him. 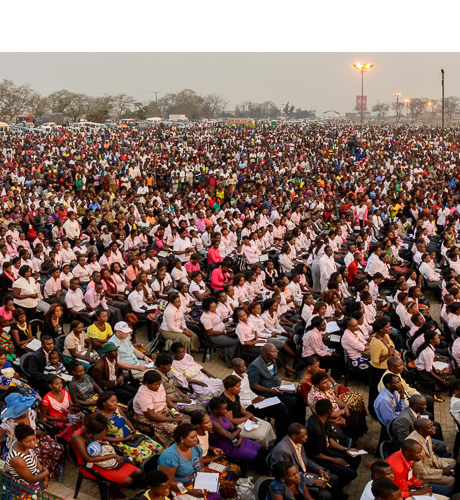 He Was Eating Dirt! - Lusaka, Zambia

Over 80,000 people were in attendance in the first meeting! The services are being broadcasted across the nation on Christian Voice Radio. I was invited to meet and pray with the first president of Zambia and founding father of the nation, Kenneth Kaunda. The press have shown great interest and there is an electricity in the air as the people have come full of faith and expectation that God will do something extraordinary here this week. 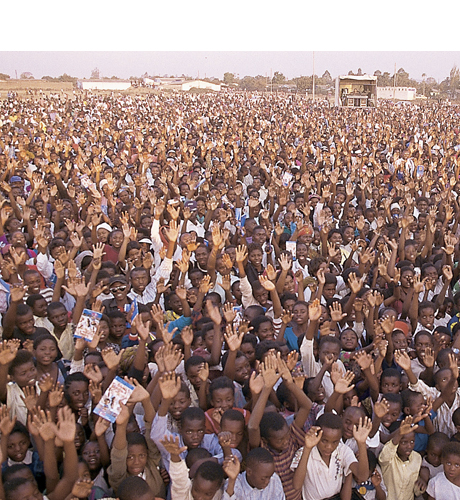 Lusaka is the capital and largest city of Zambia. One of the fastest-developing cities in Southern Africa, Lusaka is located in the southern part of the central plateau at an elevation of about 1,279 metres (4,195 feet). English is the official language of the city, however, Nyanja and Bemba are also common. Lusaka Province is one of Zambia's ten provinces. As the centre of both commerce and government in Zambia, the city connects to the country's four main highways heading north, south, east and west. 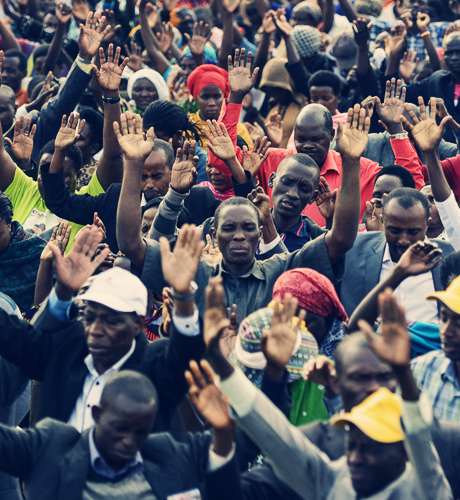 Tonight, the First Lady of Uganda opened the final meeting of this Gospel Campaign by professing her faith in Jesus Christ and encouraging the thousands in attendance to surrender their lives to Him. Then a very full program began. 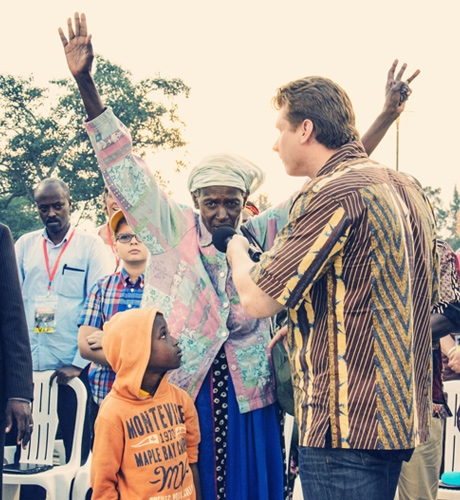 As you know, we have struggled this week with the weather here in Mbarara, Uganda in almost every meeting. Tonight was no exception. As we gathered on the field, the rain began to pour. I could see that people were starting to scatter looking for shelter, anticipating another deluge. I decided that we could not let another opportunity pass. I quickly ran to the platform, took the mic, and prayed against the rain. I then began to preach, knowing that I may only have a few minutes before we were rained out once again. But amazingly, as I started preaching the rain turned to a sprinkle, and then stopped completely! A few minutes later, the skies were clear and the sun was shining through. We finished the whole service without an interruption. The crowd kept growing the entire night, and after praying for the sick, we heard amazing testimonies.